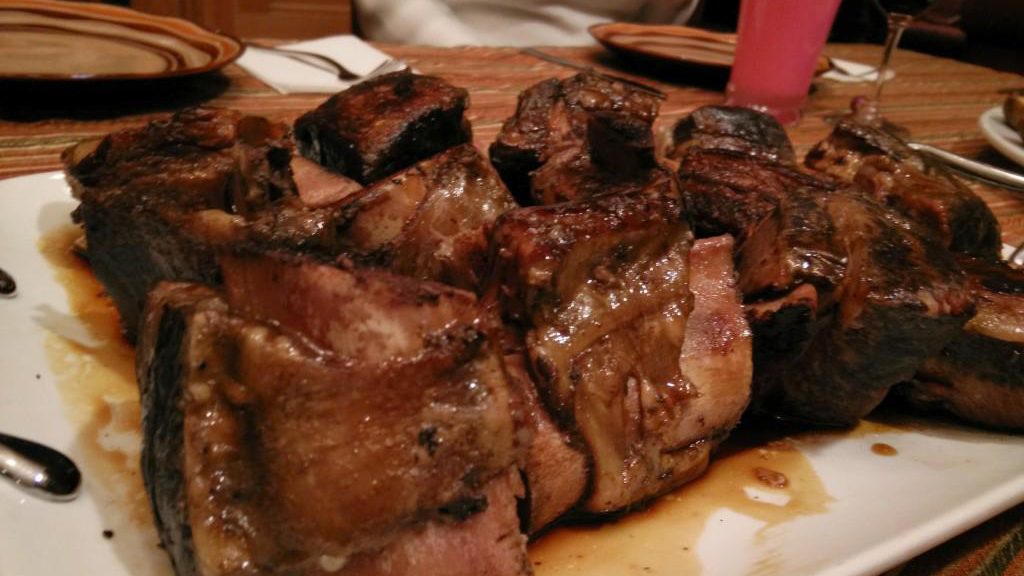 Another holiday, another ridiculously beefy dinner. For Christmas, I made a Beef Wellington for my family and Trevin’s to (deliciously) celebrate with. And the next week, I was headed to the Cascade Mountains to celebrate New Years with a close group of friends and their children. After about four seconds of deliberation via email, we settled on beef short ribs for New Year’s Eve… and I volunteered (as tribute) to be the chef that night.

If you’ve read anything on this blog yet, you’ll have noticed that I’m a bit of a fan of Modernist Cuisine at Home. So, I decided to do their sous vide beef short rib recipe along with their pressure-cooker red wine sauce.

I followed their recipes (linked above, so I won’t reproduce them here) with the following exceptions:

They turned out great, and everyone loved them. For the expense and time it took to prepare the red wine sauce/glaze, I was a little disappointed. I would have expected it to be “over the moon” flavorful, but found that it left me wanting more. The ribs themselves were drop-dead simple, and I definitely see myself making more of those since the texture was incredible.

Because, I am who I am, I also made a timelapse video of the preparation.

Check out this grocery bill:

How can I justify a meal like this when there are people in my town (and the world) starving and freezing in the cold? The answer is, I can’t. But I’m not perfect, so I do it anyways… and try to make up for it other ways.

What are your thoughts?